Kolkata-based Wow! Momo has experienced an up-and-up ride from a garage in Kolkata to 254 outlets in 13 cities. The joint has been plating to perfection momo and the likes for over 10 years now.

Supported by investments from industry biggies including former Infosys CEO Kris Gopalakrishnan, Info Edge Founder Sanjeev Bikhchandani, and Hero Enterprise Chairman Sunil Kant Munjal, the QSR chain is all set to belt out major expansion along with an IPO. 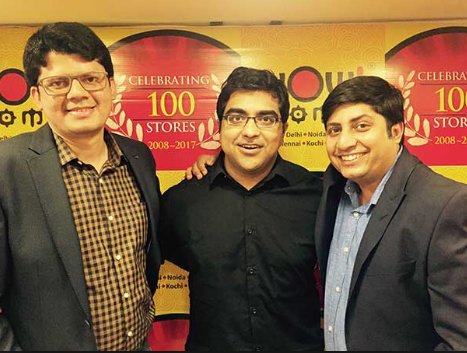 Following footsteps of the preceding brand, Wow! China is all set to operate out of kiosks, tech parks, high street locations, food court outlets in malls, and cloud kitchens.

When it comes to the competition for Wow! China, Sagar says there’s not any of the like operating in India currently. As far as the concern goes to global QSR brand Wok to Walk which has now stepped in India, its limitation to NCR and a single outlet in Kolkata doesn’t strengthen the competition much. Jubilant FoodWorks, the operating force behind Domino’s Pizza and Dunkin’ Donuts chains in India, has also collaborated with Hong’s Kitchen restaurant in Gurugram recently.

The company is expecting to sell “chilled momo” in supermarkets, aligned with the “supermarket sushi” concept overseas, explains Sagar.

Wow! Momo is planning a plant in Kolkata by December-January to prepare and retail sauces in the market.

New dish on the go

Wow! Momo has plans to launch “authentic Darjeeling momos” in July, which will embrace a very distinctive flavor. The other offerings in the pipeline include gluten-free momos for the health freaks.

Wow! Momo is also planning to raise between Rs. 120 crore and Rs. 150 crore in its V 2.0 and has hired EY as its banker. Keeping in mind the phenomenal interest from they are searching for a long-term partner to have onboard.